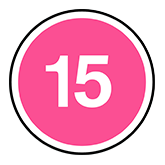 Berlin, 1931. As Nazism rises in Germany, flamboyant American Sally Bowles (Liza Minnelli) sings in a decadent nightclub and falls in love with a British language teacher (Michael York) — whom she shares with a homosexual German baron.

But Sally’s small, carefree, tolerant and fragile cabaret world is about to be crushed under the boot of the Nazis as Berlin becomes a trap from which Sally’s German friends will not escape in this ground-breaking, blockbuster film version of the Broadway musical Cabaret.

Eligible for Friends benefits
Book Tickets
Back to All Listings

Rural Ireland. 1981. A quiet, neglected girl is sent away from her dysfunctional family to live with foster parents for the summer. She blossoms in their care, but in this house where there are meant to be no secrets, she discovers one.

Follow a group of children who are evacuated to a Yorkshire village during the Second World War, where they encounter a young soldier who, like them, is far away from home.

In the aftermath of a personal tragedy, Harper (Jessie Buckley) retreats alone to the beautiful English countryside, hoping to have found a place to heal. But someone or something from the surrounding woods appears to be stalking her.

The story of soldier and poet Siegfried Sassoon, who was decorated for bravery on the Western Front, and is best remembered for his angry and compassionate poems about the First World War.

NT Live: Much Ado About Nothing